While many of us use the terms roasting and baking interchangeably, we use the actual functions for very different foods. We’ll discuss Wolf oven convection bake vs. roast settings by comparing their differences and suggesting the best foods for each cooking method.

When to Use a Wolf Oven Convection Bake vs. Roast Setting

So, how do convection ovens work exactly? A convection oven circulates the oven’s heated air with fans, making for faster cooking times and a deeper browning that promotes flavor.

Circulation of this dry, heated air is what helps define both convection roasting and baking functions. However, there are differences between Wolf oven convection bake vs. roast settings that can enhance the quality of your food.

Generally speaking, there are several key differences between Wolf oven convection bake vs. roast settings. A convection bake setting typically uses lower temperatures to more gently cook food over a slightly longer period of time. Typical baking temperatures range from 325-375°F and remain steady at a single temperature for the duration of cooking.

In addition, the fat content of baked food is different from that of roasted items. Baked foods usually contain fat within their structure rather than just on top. Food cooked at a baking temperature with this type of fat structure usually have moist and tender results.

Lastly, baked foods are typically those that have a loose, liquid structure that becomes solid as a result of cooking. While exceptions such as baked chicken parts or fish fillets do exist, a bake setting usually changes a food’s structure while cooking. Consequently, the following foods are best cooked on a Wolf convection bake setting:

As previously mentioned, the main difference between roast and bake setting on Wolf oven is the structure of roasted food. Most roasted items already have a solid structure before they’re cooked, like meats or vegetables. These items typically don’t change their form while cooking and remain in a solid state.

Additionally, while roasted foods have an internal fat structure, the majority of its fat is on the top or applied to the surface. An exception to this rule can be food cooked in a convection steam oven. This cooking method uses steam to cook, locking in moisture and flavor, and eliminating the need for additional fat.

Since this high temperature can dry out food if used throughout the cooking process, it’s typically used at the beginning or end of roasting. The rest of the roasting process occurs at a lower temperature (between 200°F-300°F) to provide tender, moist results.

Foods that are ideal for the Wolf oven convection roast setting include: 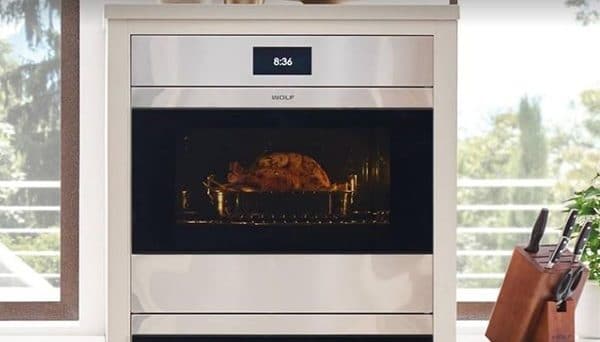 In light of this information, here’s how to make the right choices when deciding between a Wolf oven convection bake vs. roast setting:

Knowing the difference between these two Wolf oven cooking modes can enhance the quality of your food with more flavorful results. As the Cincinnati area’s Wolf oven experts, call us with any question or concern!

What Is the Wolf Oven Burn-in Process & Is It Necessary?

Why is My Wolf Oven Not Heating Properly?

How to Clean Blue Porcelain Wolf Oven Interior for the Holidays 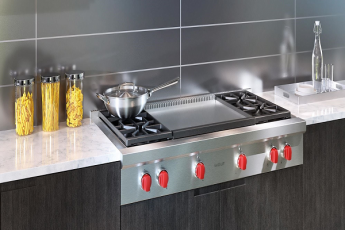 How to Remove Rust From a Wolf Griddle

January 1, 2023
A Wolf griddle is a great addition to any kitchen. They are durable, easy to clean, and can...

How to Use Sub-Zero Vacation Modes

What is the Best Detergent for Cove Dishwashers?